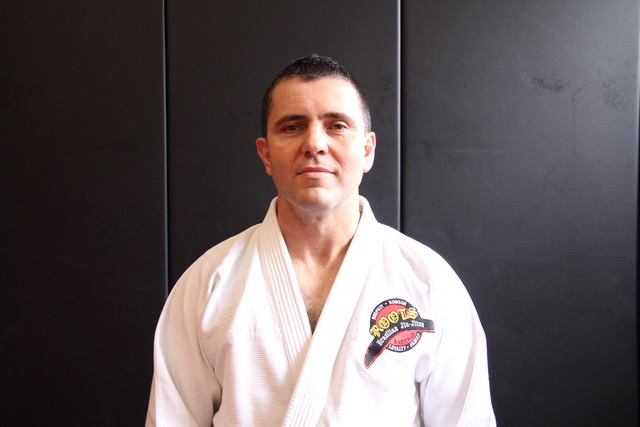 Robert’s first exposure to Brazilian Jiu Jitsu was coincidental. “While I was training weights at my local gym, the owner, a BJJ blue belt, invited me to train some grappling downstairs in the basement,” recalls Rob, “I’d done martial arts since I was a child: Ninjitsu, Boxing, Kick Boxing, Wrestling, Aikido, Pankration… but BJJ felt fresh. The gym owner was twice my age and half my size, and in those two hours, no matter how I came at him, he got out of it.”

So the story begins. Two and half years of BJJ training later, Rob saw an article in Blitz magazine about Prof. Paulo Guimaraes that caught his eye. “Once I met Paulo I knew I’d found my instructor for Jiu Jitsu,” he says, about the first Brazilian BJJ black belt living and training in Australia, “I really enjoy his teaching style. He showed us that Jiu Jitsu isn’t just a martial art; it’s part of a lifestyle of health and wellbeing.”

In 2010, Robert received his black belt from Prof. Paulo Guimaraes and Mestre Jorge Pereira, making him the first BJJ black belt of Macedonian heritage in history. Following this, Rob headed to Europe to launch Roots Macedonia: the first of the Roots family on the continent. In 2013, Rob’s seminars in the country extended to elite law enforcement units and military Special Forces. Robert was inducted into the Australasian Martial Arts Hall of Fame in 2016 as ‘Budoka of the Year – Brazilian Jiu Jitsu’.

In the last 18 years, he’s tied 19 black belts around the waists of students from Roots St George, with more on the way. “Our mission is to excel every student beyond their expectations, so they can maximise their potential”, explains Rob. Just look at his list of credentials: five NSW titles, three Australian titles, and four Pan Pacific Championships; black belts in Ninjitsu, Aikido and Pankration; coach to the first Australian World Pro Jiu Jitsu Gi and No Gi Champions, the first Australian Kid’s World Champions; and a Sports Psychology degree to boot. 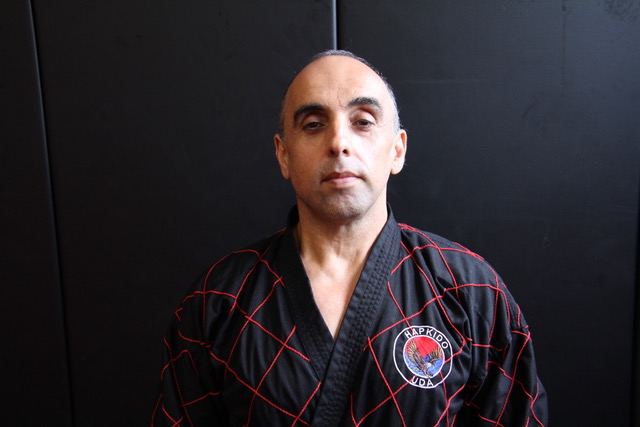 Master instructor Zak Angelevski has over 35 years’ experience studying martial arts including Boxing, Kickboxing, Muay Thai, Hapkido, Taekwondo and Brazilian Jiu Jitsu. “As a young boy, I participated in a variety of team sports, however I never really enjoyed any of them. A friend of mind was training in Taekwondo at the local school hall and he asked me to come and try it,” remembers Zak, “I was immediately hooked with the self-defence aspect, especially all the kicking and punching.”

And he never looked back. Today, Zak holds a 4th degree Black belt (Master level) in Hapkido, a 3rd degree Black belt in Taekwondo and a 1st degree Black belt in Brazilian Jiu Jitsu. Zak says “I love that in Hapkido, the core values are discipline and respect. My biggest motivation to keep training and teaching, is the fact that both my kids have been training continuously since they were 4 years old. I am a big believer that as their father and coach, I need to lead by example.”

It’s exactly because of his diligence, persistence and self-discipline, that Zak has successfully achieved each goal he has set himself. “My greatest ability is my ‘never-give-up attitude’. I have never set myself a challenge and then quit. I believe in setting yourself realistic goals and prioritising them.

”Zak’s goals with Hapkido UDA are strongly focused on his students. “One of the most rewarding feelings as a coach is seeing a student pushing past their comfort zone and achieving results they never thought that they could,” explains Zak, “My aim is to help and educate my students on the benefits of Martial Arts for general health, coordination, flexibility and strength.”

Don't wait to step into the world that is UDA.

With a wide range of classes, there is something to suit everyone.

Click here to book in your FREE class and discover the difference that is UDA.

We look forward to seeing you!

Stay up-to-date with all UDA St George Roots news. Plus get our special offers and helpful hints and tips on self-defence, training and more.

"I started here as a teenager and haven’t looked back. Super supportive team and staff with world class Jiu Jitsu. The kids classes especially are some of the best around, always lots of fun."
Marko P
"Can't get a better team than this one! Almost 5 years training with some of the best people. The coaches are knowledgeable, supportive and always there to help."
Angelica R
"Been training with this team for 10 years and it's become a family. You'll learn more than just martial arts. Great instructors and members. Come say hi."
Alex V